Japan has been facing an untenable ecological dilemma since the Fukushima disaster: on the one hand the government wants to reduce the country’s greenhouse gas emissions by a quarter within ten years, on the other it is struggling to develop renewable energies. During this time, the population questions nuclear power. A paradox that is difficult to reconcile, evidenced by this wind farm project which is controversial in Tsuruoka.

Major importer of unrefined petroleum, coal and natural gas, Japan saw its energy dependence drastically increase following the great earthquake of 2011 and the closure of the country’s nuclear power plants that followed. To face these new energy challenges and a rise in greenhouse gas emissions, the country then revised its energy policy in order to further diversify the distribution of its different primary energy sources.

Indeed, Japan has an ambitious plan to reduce its greenhouse gas emissions by 26% by 2030 and to achieve it, the government plans to slow down the use of fossil fuels, reopen nuclear power plants considered safe and increase its production of renewable energies. According to a report by the Natural Resources and Energy Agency from 2016, the percentage of renewable energy sources in Japan was 14.5% (and 6.9% excluding hydroelectricity), a percentage that the government considers low and that it wants to increase.

Installation projects of solar panels and wind turbines are multiplying little by little in the country, but a wind turbine project in Yamagata prefecture is currently causing great controversy in the region. On August 7, the Tokyo company Maeda Corporation unveiled his plan to build 40 wind turbines with a maximum height of 180 meters on the mountains of the town of Tsuruoka near the Shinto shrine of “Dewa Sanzan” for an expected output of 128,000 kW / H, which would exceed the total production of the 17 other wind power plants already present in the prefecture.

The company explained that the presentation of its project was based on a report published by the prefecture of Yamagata 8 years ago, and which presented the area concerned as a suitable site for wind power generation. Recognizing, however, that the site in question is located only 2 kilometers from the “Dewa Sanzan” sanctuary on land considered sacred, the report stated that “Special attention should be paid to the landscape”. Despite the intention to start work in July 2024, Maeda Corporation reiterates that the company is only at the first planning stage of the project, or the environmental assessment, and that the document submitted to the authorities and the local population will be in consultation until September 7. However, the presentation of the project seems to have left no one indifferent in the region concerned and different groups are already uniting to oppose it. At a press conference on August 25, the current governor of the prefecture, Mieko Yoshimura, called the project impossible, saying that “Dewa Sanzan is a treasure of the prefecture and a treasure of Japan”. 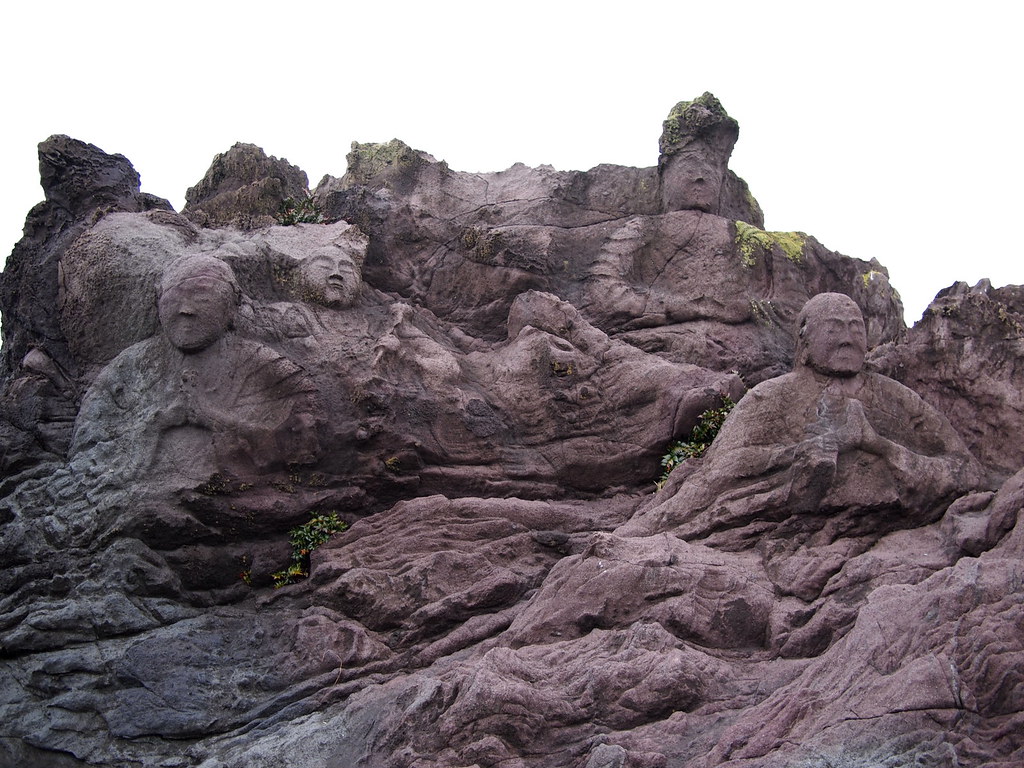 “Dewa Sanzan” (出 羽 三 山, “three mountains of Dewa”) refers to three so-called sacred mountains of Yamagata prefecture, or Mount Haguro, Mount Gassan and Mount Yudono. It is a spiritual place which has more than 1400 years of history and which represents birth (mount Haguro), death (mount Gassan) and rebirth (mount Yudono), the mountains are therefore usually visited in this precise order. During the Edo period (1603-1867), trips to the “Dewa Sanzan” were popularized with visitors seeking spiritual rebirth. Designated as Japanese Heritage in 2016, these sacred mountains are part of the three pillars of the practice of shugendo, an ancestral religion based on the cult of the mountain, mixing Buddhist, Shinto and Taoist traditions. The followers of shugendo, called Yamabushi, are alpine ascetics in search of awakening through a communion with nature and its supernatural forces … “Dewa Sanzan” has thus remained an important place for the “Yamabushi” since the beginnings of “shugendo” at 8th or 9th century, and even today, each of them must take a spiritual journey there when his state of health allows it.

In order to deploy its wind turbine project, the company Maeda Corporation chose a site where several thousand-year-old religious practices take place, namely mountain worship (山岳 信仰, “Sangaku shinko”), Shintoism, Buddhism and “shugendo”, and the various groups of citizens (“Yamabushi” , residents, environmentalists, etc.) are organizing themselves to prevent the project from going ahead at all costs. In the case of “Yamabushi”, the contemplation of the mountains being an integral part of their meditation rituals, the sight of wind turbines in the middle of the mountains would represent a spiritual disaster for them. Opposition groups are also convinced that the project will cause negative impacts on mountain flora and fauna, a situation all the more intolerable as the sites are sacred. On August 31, a group made up of representatives of the tourism sector, “Yamabushi” as well as environmentalists, held a press conference to demand the complete withdrawal of the project saying:

“That he will come and fragment the history, nature and landscape of the 1400-year-old Dewa-Sanzan. “

Yamabushi spokesperson Fumihiro Hoshino shared his determination to protect the landscapes of this place of worship. Shunichi Kikuchi, associate professor of the Faculty of Agriculture of Yamagata University and specializing in forestry sciences, meanwhile, shared his fears about downstream impacts caused by the alteration of a mountain environment and added that the environmental assessment submitted by the company does not take this into account.

On this subject, an online petition is circulating at the moment and has collected to date, nearly 3000 signatures against the wind turbine project of “Dewa Sanzan”. Opposition groups who also fear a negative impact on the region’s tourism industry hope to gain greater support from the local population, but also populations outside the prefecture and Japan. For his part, following the wave of opposition generated by his project, Maeda Corporation commented that the company would like to engage with politicians and residents of the area to find different ways to proceed with this matter. It is therefore an issue to be followed over the next few weeks …

On the one hand, Japan is in dire need of investing in renewable energy in order to considerably reduce its greenhouse gas emissions and, in the same way, to reduce its energy dependence in terms of importing fossil fuels while avoiding the risks of nuclear power in earthquake zones. On the other hand, the country must also succeed in making its energy transition by minimizing negative impacts on the environment and on Japanese society, obviously taking care to respect its ancient traditions. In the case of the controversial Dewa Sanzan wind project, opposition groups particularly deplore that there are other sites more suitable for the production of wind energy in Yamagata prefecture such as the coasts of Shonai-hama or the plains of Shōnai. Nevertheless, in a country where mountains represent 75 to 80% of the territory, the Japanese renewable energy industry faces great challenges, and will have to show ingenuity and integrity in order to take advantage of the country’s renewable resources while respecting the territory and its inhabitants.

Find the petition of Takefumi Yoshikawa to collect the signatures of those opposed to the wind turbine project in the “Dewa Sanzan” region.

For free and independent media on Japan, support Poulpy 🐙 on Tipeee!